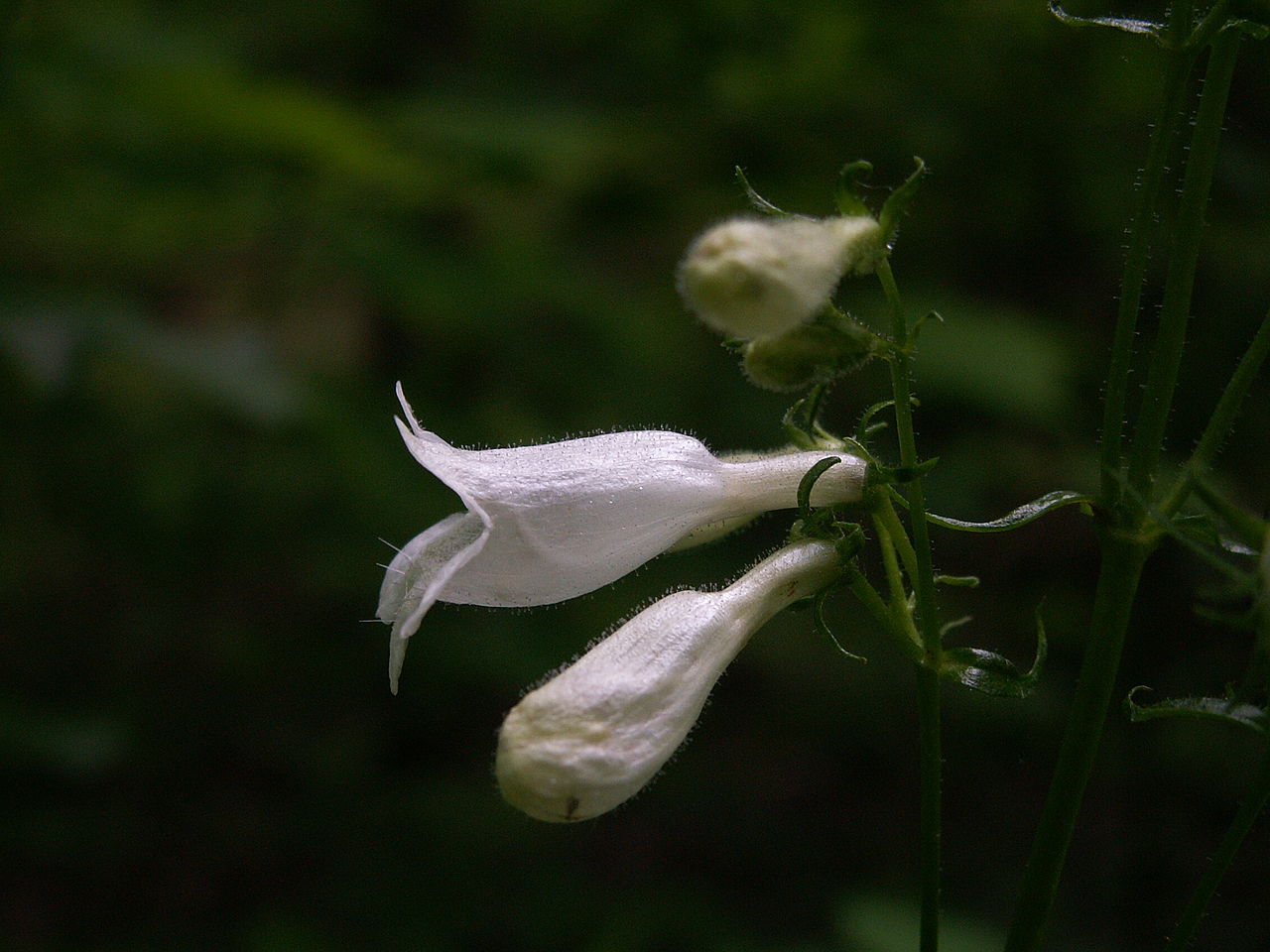 Adaptable to many different lighting conditions; we wrote earlier that Foxglove Beardtongue “likes a sunny open field or clearing, although it will tolerate some shade,” but this one was growing in quite deep shade in a thicket in Schenley Park. It was blooming in early June.

A relative of snapdragons and Butter-and-Eggs, this cheery flower also bears a passing resemblance to a foxglove, whence both the common and scientific names. The name “Beardtongue” comes from the hairy stamen visible in each flower.

Most earlier botanical references spell the genus name Pentstemon, which may be more etymologically correct but apparently is not the way it was spelled in the original description.

Traditionally, botanists placed snapdragons and their allies in the Snapdragon or Figwort family, Scrophulariaceae; but modern genetic research has led botanists to move them into the Plantain family, Plantaginaceae.

The pictures in this particular article have been donated to Wikimedia Commons under a Creative Commons CC0 1.0 Universal Public Domain Dedication. No permission is needed to use them for any purpose whatsoever.

Gray makes this species a variety of P. laevigatus, so we turn to Alphonso Wood for a description of the genus and the species more in line with the consensus of modern botanists: