Every year we give the Coltsfoot flowers their honored place among the first wild flowers of spring. Here we have a good collection from a colony growing in open woods in Mount Lebanon, where they were blooming in early April. In these close-up pictures taken just as the flower heads were opening, we can see the individual star-shaped disk flowers clearly. 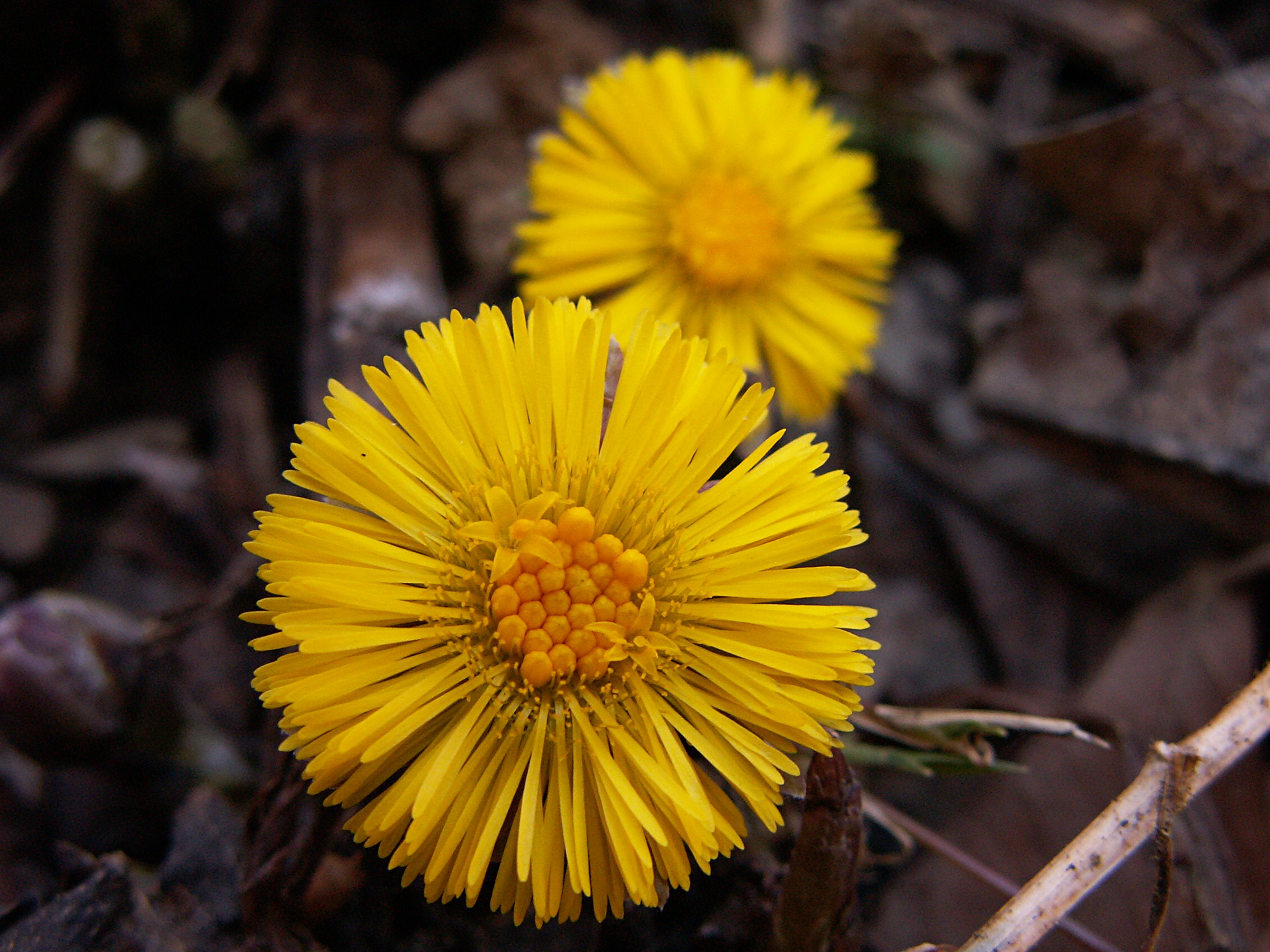 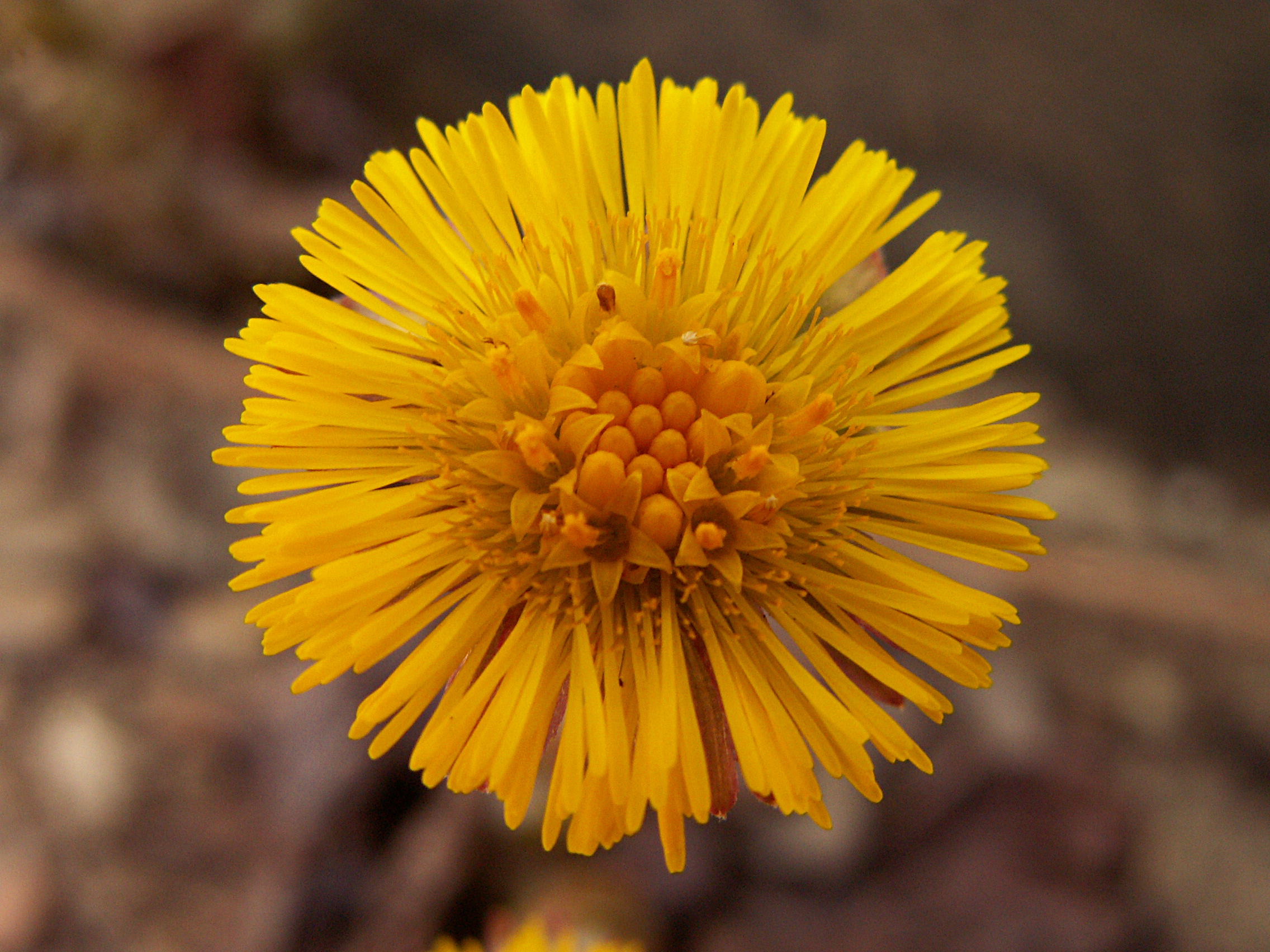