A charming white Bleeding-Heart with delicately divided leaves; but for the shape of the flowers, it is very similar to Dutchman’s Breeches. This one was blooming at the beginning of May along the Trillium Trail in Fox Chapel. 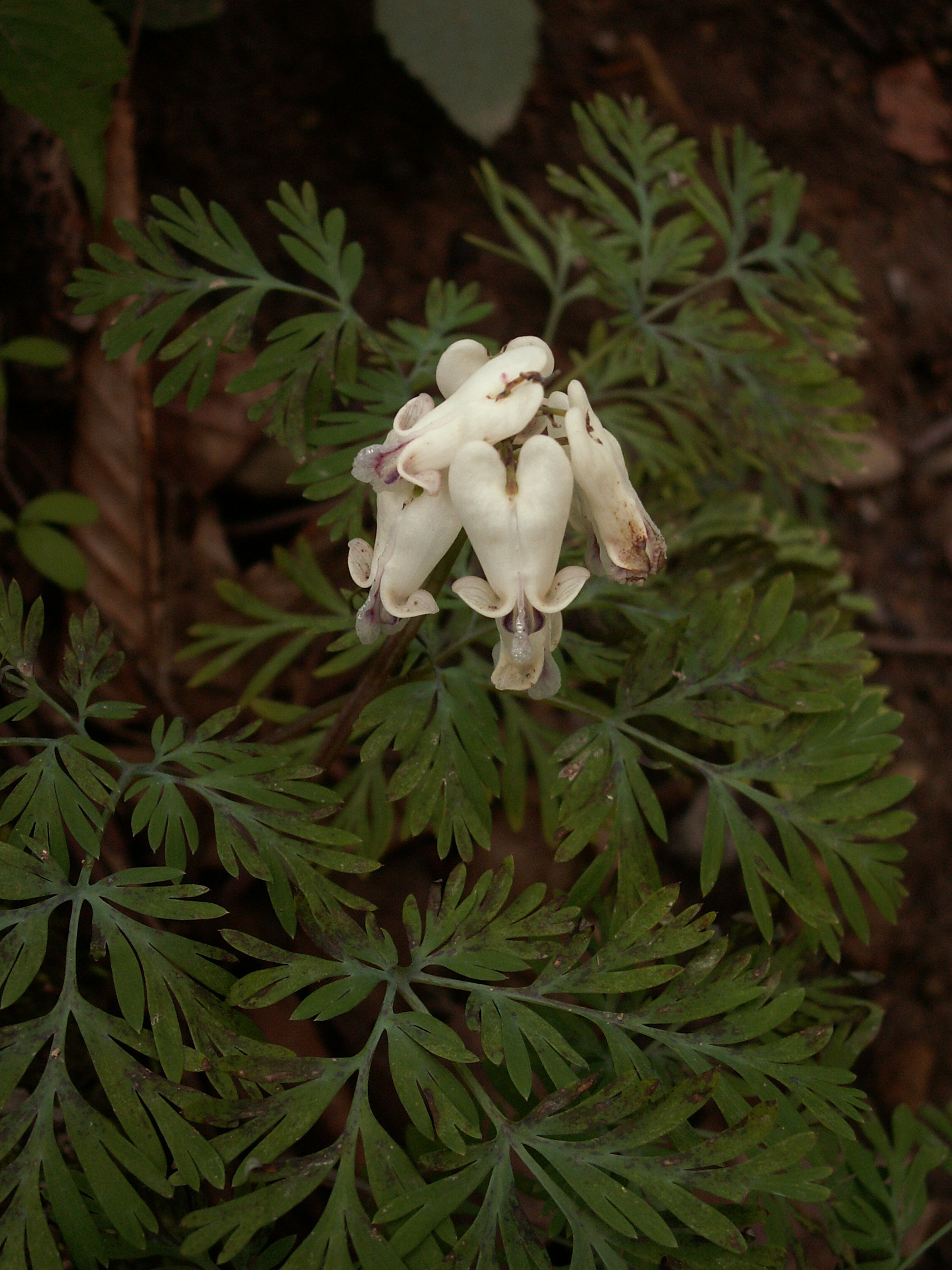