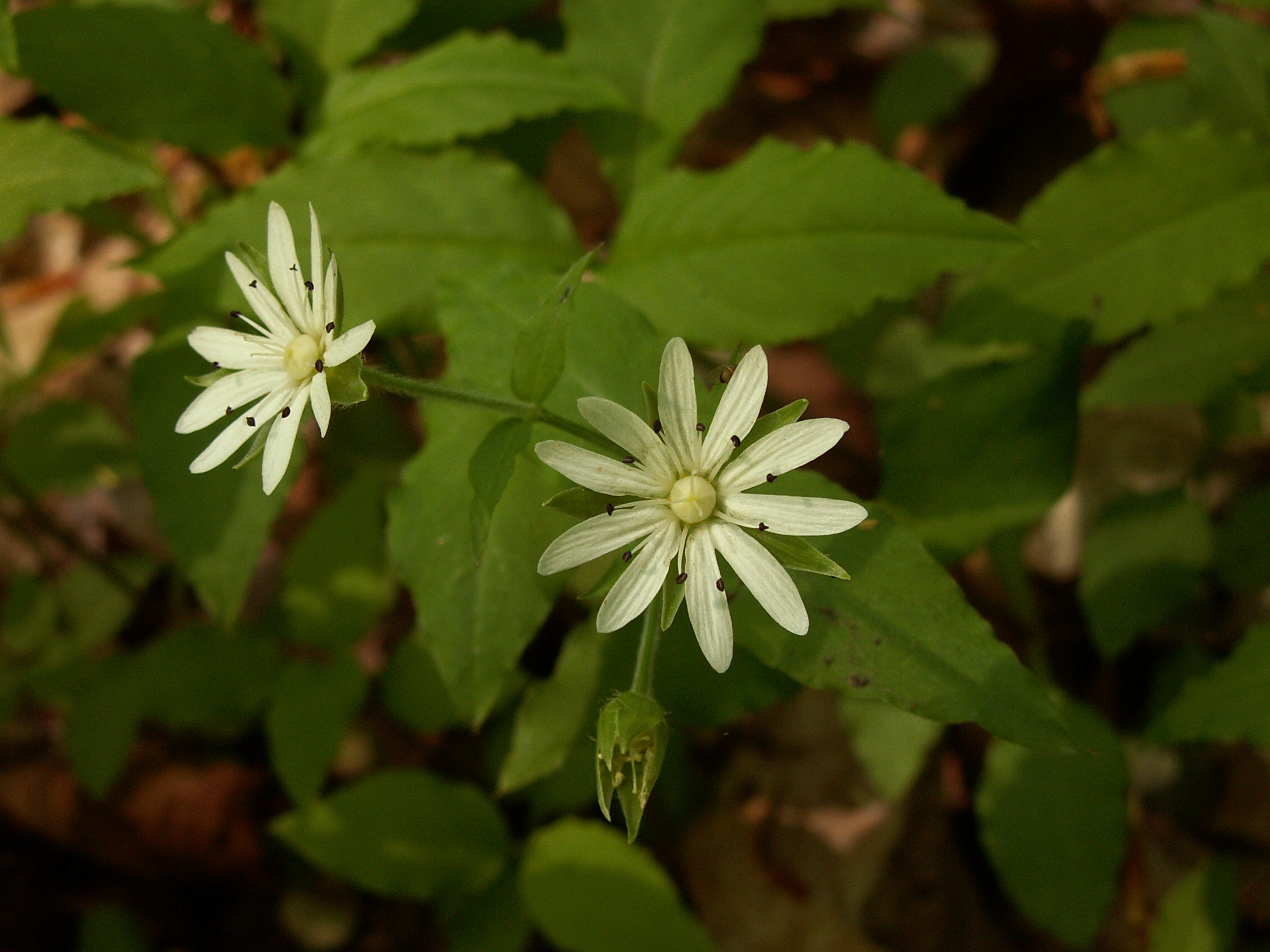 A chickweed with ambitions to be known as a wild flower rather than a mere weed. To that end it grows in the woods (rather than in your lawn) and produces flowers many times the size of the ones on the tiny chickweeds that grow in yards and gardens. Although spring is its primary blooming season, it can bloom again from later growth, often with smaller flowers than in the spring. This plant was blooming in early May along the Trillium Trail in Fox Chapel.

STELLÀRIA L. CHICKWEED. STARWORT. Sepals 4-5. Petals (white) 4-5, deeply 2-cleft, sometimes none. Stamens 8, 10, or fewer. Styles 3, rarely 4 or 5, opposite as many sepals. Pod ovoid, 1-celled, opening by twice as many valves as there are styles, several-manyseeded. Seeds naked.—Flowers solitary or cymose, terminal or appearing lateral by the prolongation of the stem from the upper axils. (Name from stella, a star, in allusion to the star-shaped flowers.) Alsine L. in part, not Wahlenb.