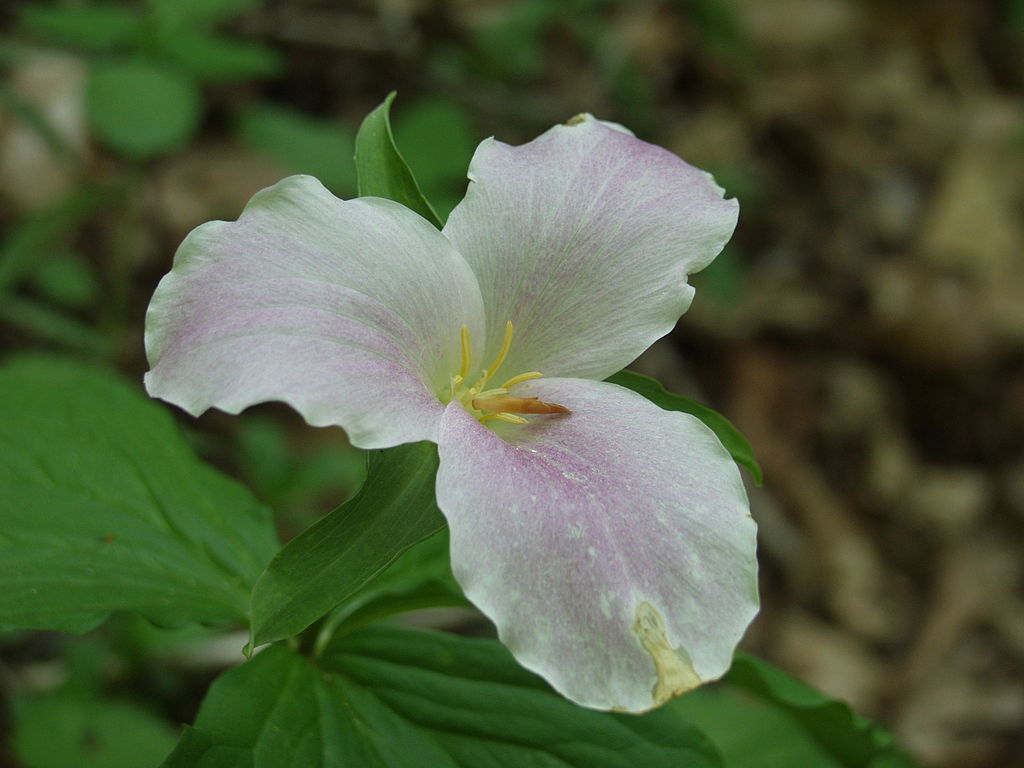 The Great White Trillium loves to grow in vast colonies. It’s not all that common, but when you do find a stand of them, it may cover acres, as it does here along the aptly named Trillium Trail in Fox Chapel, where these plants were all blooming in early May.

Sometimes a flower takes on a pink flush as it ages, as you see above. 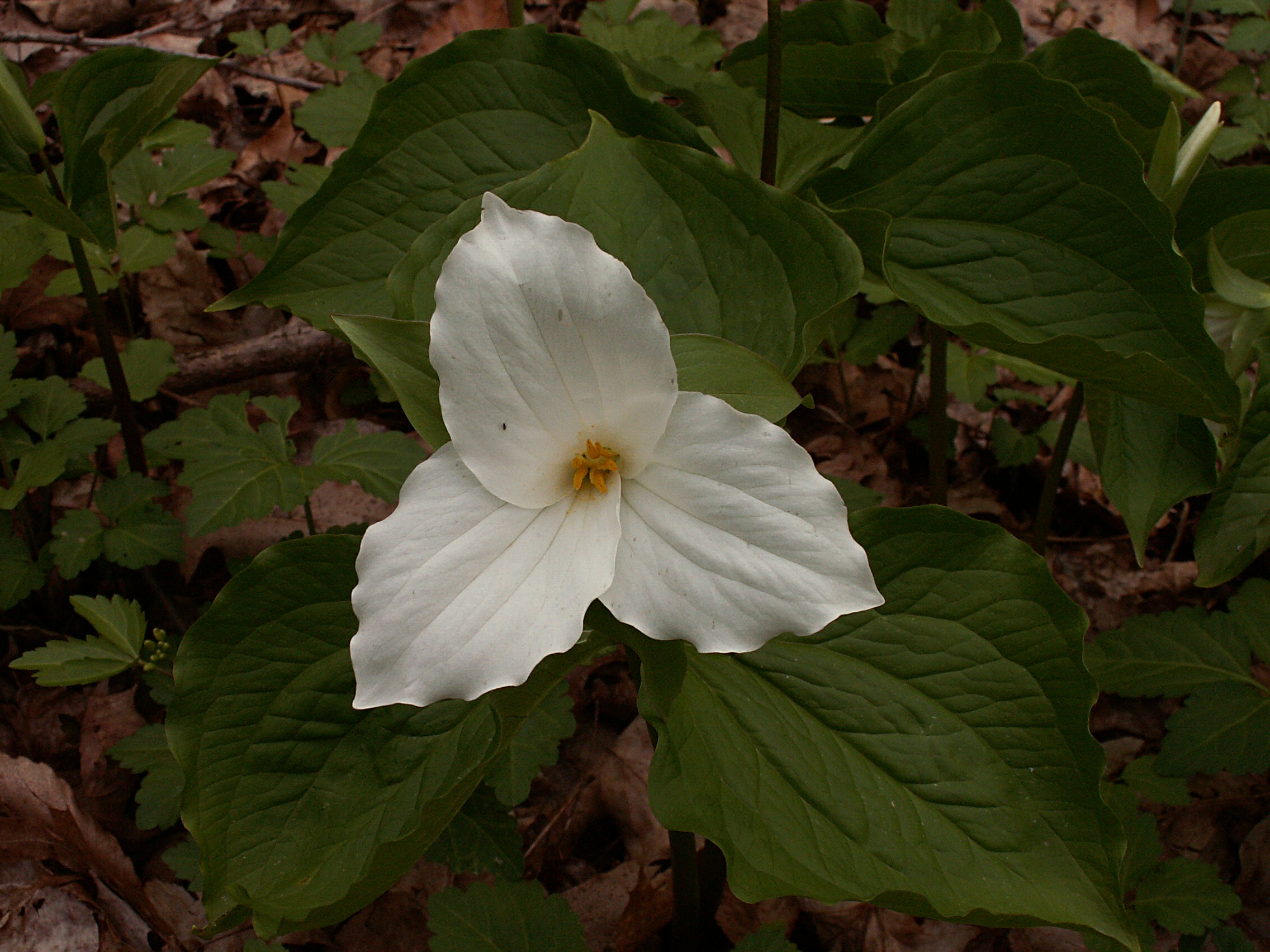 TRÍLLIUM L. WAKE ROBIN. BIRTHROOT. Sepals 3, lanceolate, spreading, herbaceous, persistent. Petals 3, larger, withering in age. Stamens б; anthers linear, on short filaments, adnate. Styles awl-shaped or slender, spreading or recurved above, persistent, stigmatic down the inner side. Seeds ovate, horizontal, several in each cell. — Low perennial herbs, with a stout and simple stem rising from a short and praemorse tuber-like rootstock, bearing at the summit a whorl of 3 ample, commonly broadly ovate, more or less ribbed but netted-veined leaves, and a terminal large flower; in spring. (Name from tree, three; all the parts being in threes.) — Monstrosities are not rare with the calyx and sometimes petals changed to leaves, or the parts of the flower increased in number.

In Wild Flowers Every Child Should Know, Frederic William Stack gives us this description:

The Trilliums rank among the foremost of our native woodland wild flowers, and they possess an individuality that compares favourably with the exclusive traits of the Arbutus, the Gentians, the Lobelias, and the Orchids. This beautiful, large, white-flowered species is one of the choicest and best known of its family. It is found during May and June, in damp, rich woods, and grows from eight to eighteen inches high. The single, smooth, stout, juicy stalk terminates with a whorl of three large, handsome, broadly egg-shaped, triple-ribbed leaves which taper suddenly at the apex and are narrowed to a stemless base. They are loose-textured, prominently veined, and toothless. The large, waxy-white, solitary flower is borne on a short stem that springs upright from the centre of the leaves. The three thin, broad, strongly veined, and long-pointed petals are larger and much longer than the three spreading, green, lanceshaped sepals, and they turn outward with a large graceful curve. They are scentless, and as they age they become pink. The single berry is nearly black when matured. This showy-flowered Trillium ranges from Canada to Florida, and west to Minnesota and Missouri.