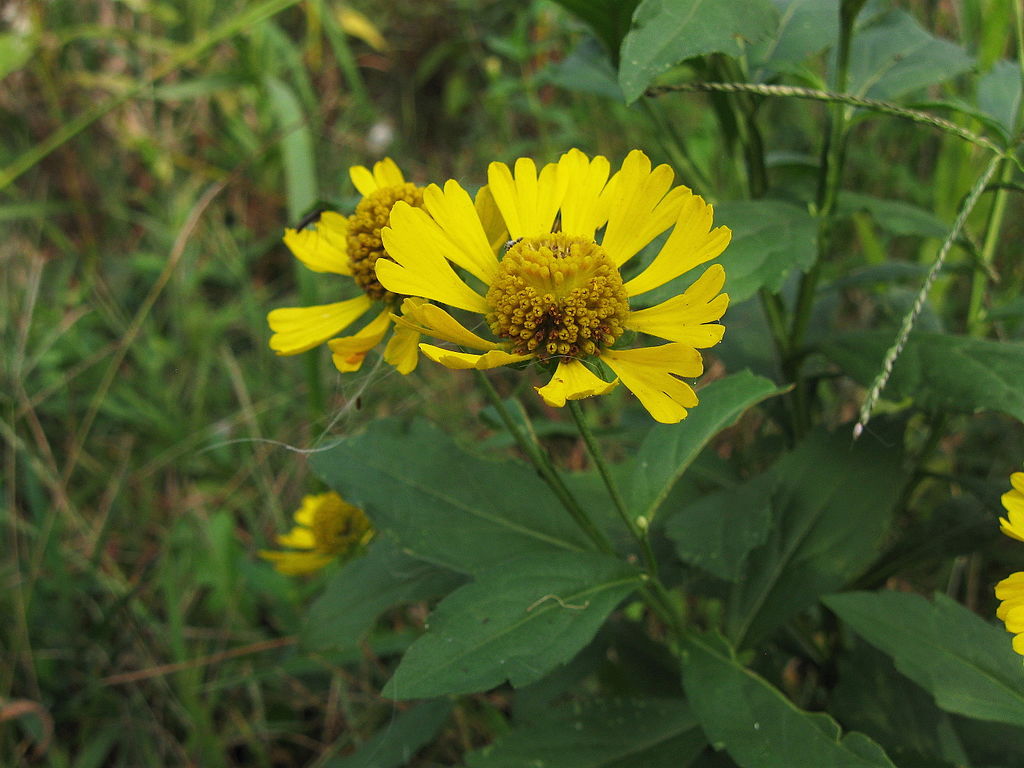 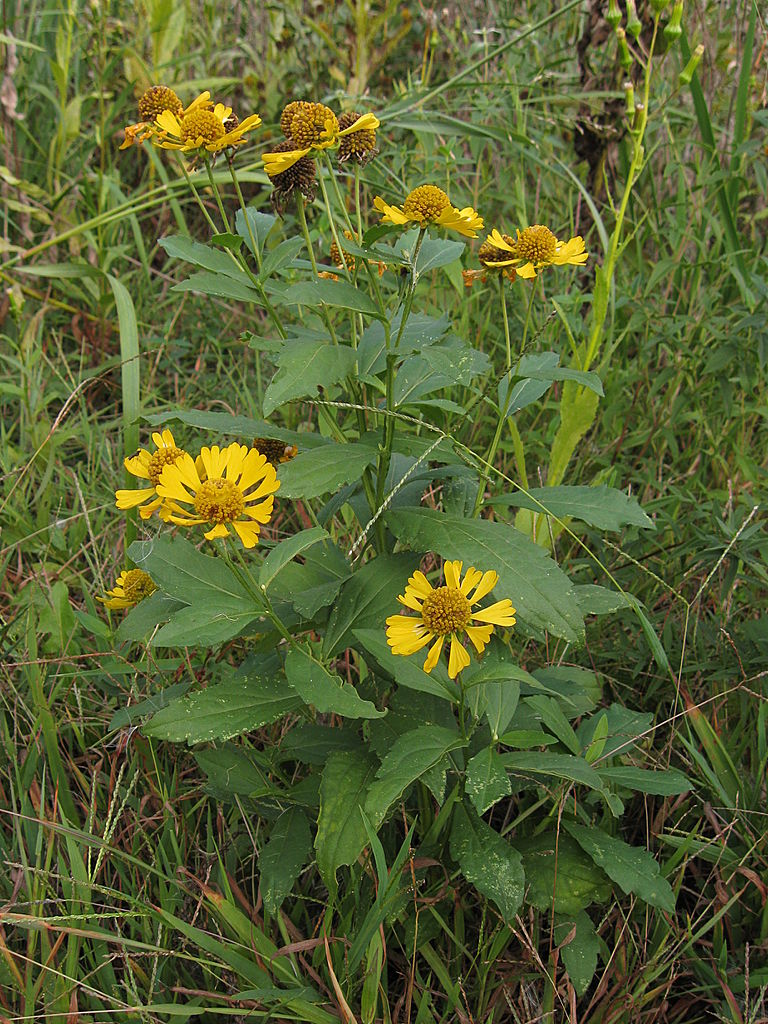 Sneezeweed is an attractive composite flower with distinctively notched rays that make it easy to identify. (A similar species, Purple-Headed Sneezeweed, Helenium flexuosum, has been introduced in a few locations; it is easy to distinguish by the dark brownish button in the center.) The plant likes damp areas; this one was growing in Schenley Park, in a section of former lawn that is being allowed to grow into a meadow for better water retention. It was blooming in the middle of September.