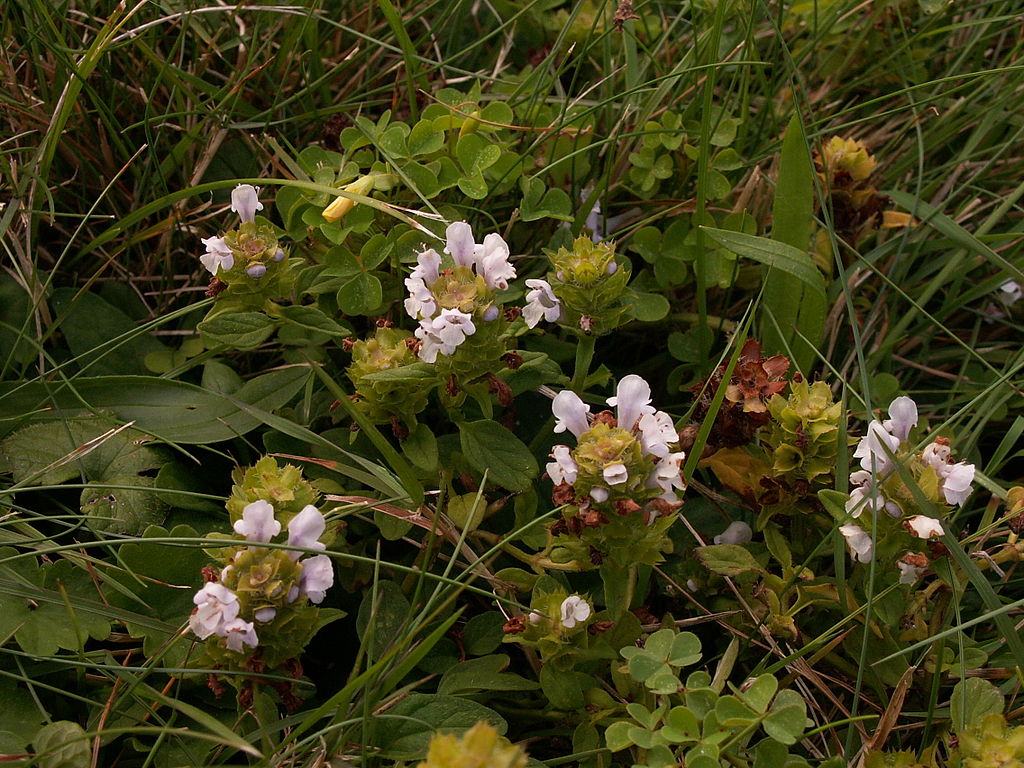 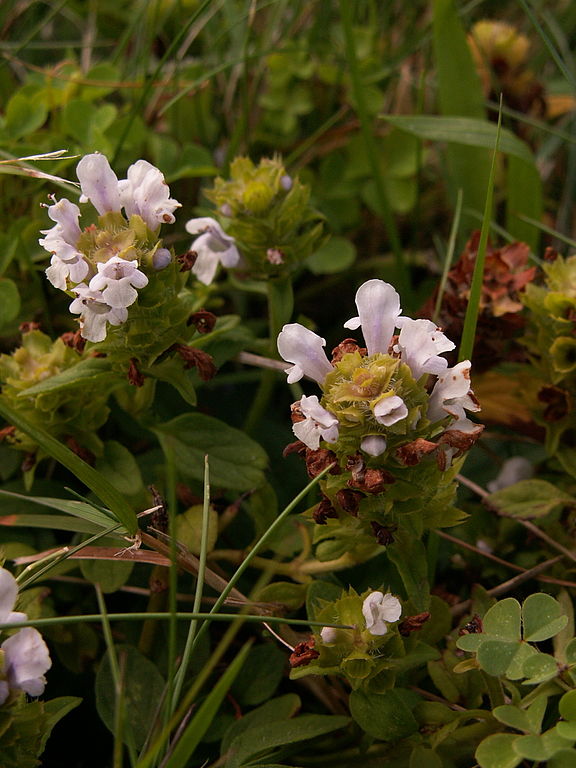 Heal-All, or Self-Heal, is everywhere; it tolerates a good deal of mowing, and seems to be indifferent to sun or shade, so it can establish itself in urban lawns as easily as at the edge of the woods. The color of the flowers is variable; this white form, however, is quite unusual. This patch grew in St. Michael’s Cemetery on the South Side Slopes, where it was blooming in the middle of August.

PRUNÉLLA L. SELF-HEAL. Calyx tubular-bell-ehaped, somewhat lO-nerved, naked in the throat, closed in fruit ; upper lip broad, truncate. Corolla ascending, slightly contracted at the throat and dilated at the lower side just beneath it, 2-lipped; upper lip erect, arched, entire; the lower reflexed-spreading, 3-cleft, its lateral lobes oblong, the middle one rounded, concave, denticulate. Filaments 2-toothed at the apex, the lower tooth bearing the anther; anthers approximate in pairs, their cells diverging. — Low perennials, with nearly simple stems, and 3-flowered clusters of flowers sessile in the axils of round and bract-like membranaceous floral leaves, imbricated in a close spike or head. (Name said to be from the German Bräune, a disease of the throat, for which this plant was a reputed remedy. Often written Brunella, which was a pre-Linnean form. )

The pictures in this article have been donated to Wikimedia Commons under the Creative Commons CC0 1.0 Universal Public Domain Dedication, so no permission is required to use them for any purpose whatsoever.